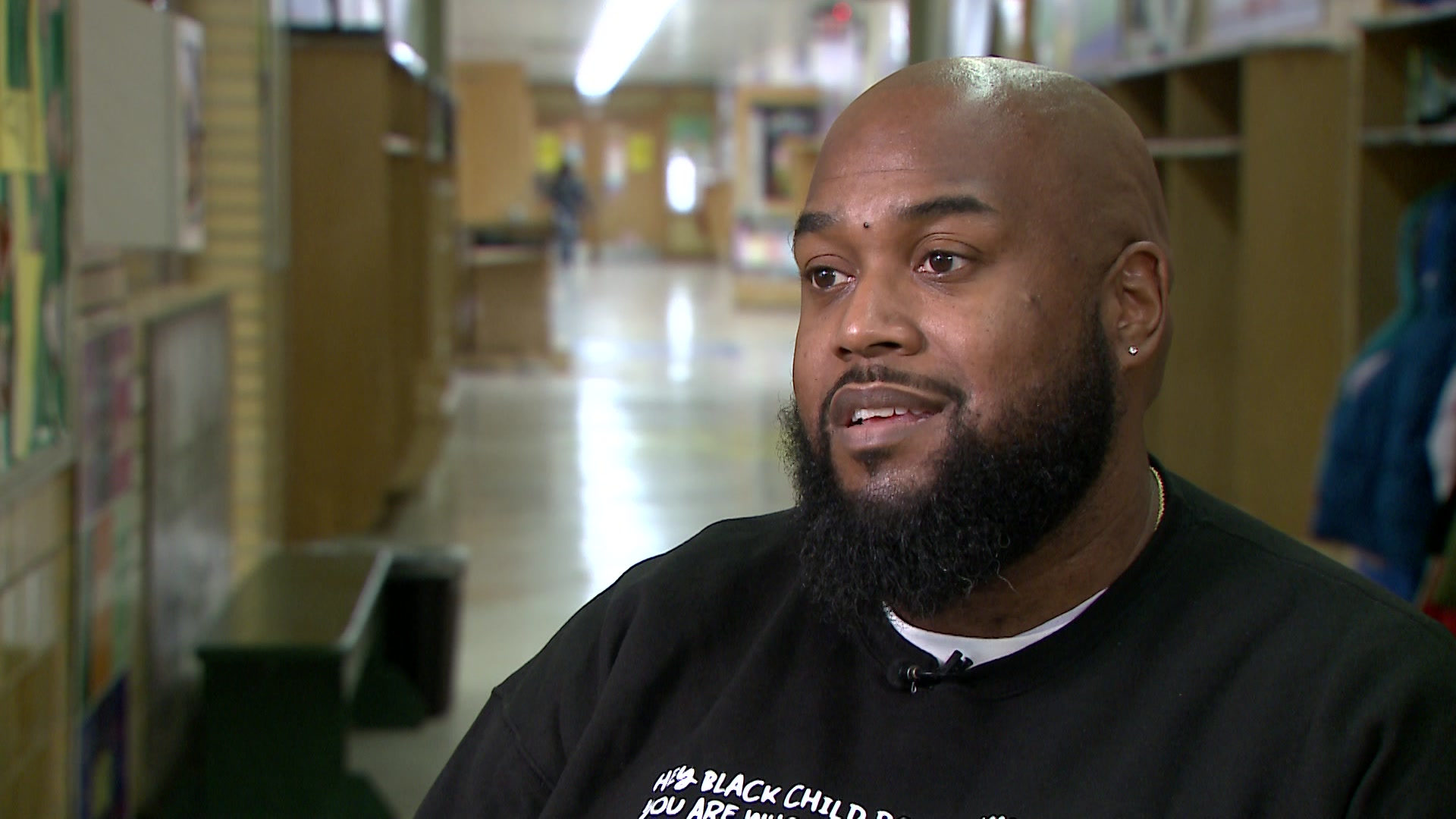 When the pandemic hit, he fought for his program to provide a safe place for children to do their virtual learning.

His efforts helped keep the kids at his school on track, and it also earned him recognition from the State Assembly as a “hometown hero.”

“Before, what happens? Gatlin Dresidan asked a student as he walked into a classroom at Maple Tree.

Dresidan is always ready with a high-five or hello for the school kids.

“I missed you,” he said to another child.

“My thing is, I just want kids to have something consistent, someone consistent in their lives,” he said.

That means you’ll also find him on the sidelines watching the kids play basketball.

“I tell every kid after I talk to them every day, now go ahead be awesome,” he said of his philosophy.

Greatness. This is what he wishes for the more than 90 children enrolled in the Boys & Girls Club of Maple Tree.

“Every child needs love,” Dresidan said. “It can be tough love, it can be normal love, but it all depends on how you present it to them, right?”

Dresidan is a big guy, with a beard. He stands out in elementary school – in a good way.

“I think it’s a good thing for them to see a man, not just a man, but a black man,” he said. “Because it’s something most kids aren’t used to seeing. Because when you think teacher, you think woman.”

Employees on his team agree.

“He goes all out for our kids. He knows they’ll be successful no matter what. He makes sure of that,” Marquis Cheeks said.

Cheeks is the club administrator.

She saw Dresidan struggle when the pandemic put all his hard work in jeopardy.

“It’s what the community needs. In other words. Our kids are counting on us to be here,” she said.

But when the pandemic started and classes went virtual, it was unclear whether the community would have the resources provided to the Boys & Girls Club.

“They didn’t open us up because they didn’t have the funding,” Dresidan said. “So it tore me apart. I just reached out to everyone I could, like what can I do?”

What he had to do was tell the parents.

“I had to drive out that Monday morning and I had to sit in the parking lot and I literally had to turn the parents away. They were ready to drop off their kids and had no childcare scheduled that day- there,” he said. noted.

And for a guy who tells his kids to be awesome, he’s done something pretty good himself.

“The way he fought for this program and to get it started is why parents appreciate him, love him,” Cheeks said.

“I was just kind of like, hey, listen, listen, I don’t know what we have to do to get them money, but my site has to be open,” Dresidan recalled.

He convinced Milwaukee Public Schools and the Boys & Girls Club to find the funds, and students came in for virtual learning.

“They’ve got their Chrome books. They’ve got their chargers. They’re ready — no problem,” Cheeks said. “The peace of mind parents and teachers got from our virtual presence was all we needed.”

Dresidan did not want a child to be left behind in his studies.

His efforts were noticed. He accepted the Hometown Hero award before the State Assembly in November. State Representative Lakeisha Myers nominated him for the award, which recognizes people who give back to their community. Her husband, Gerald Hyler, was by her side.

“I didn’t know that I actually had to go to the Capitol and speak in front of the Assembly,” he said.

But he says his words come from the heart, which he gives to children every day.

“I just love kids, because I feel like they can be their best and if I can help them do that, I think I’ve done my part. I’ve paid my tithing in the world,” he said. .

If you would like to nominate an everyday hero, email Natalie at [email protected]